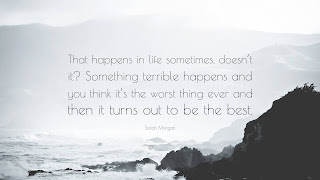 As my head swirled with negative thoughts of "What if's" I told myself to stop and shift the "What if's" to positive outcomes. On August 5, Tom was given a Performance Improvement Plan at work. He had been working day and night after having had an adverse reaction to the COVID vaccine. He planned to get the vaccine on his vacation but they told him he had to postpone his vacation. He couldn't postpone his 2nd shot and worked when he should have taken time to rest. He was also called back early from his vacation to work the evening before he was to return to work.

He made errors that were uncharacteristic for him and exaggerated because of the extraordinary stress everyone experienced. Management didn't check in with him to see what was going on. Instead they "wrote him up" and gave him a warning that if he did not follow the PIP and immediately improve, he would be fired!

Fortunately his vacation started the next week.  As Divine Timing would have it, our son Autumn and his partner Michelle were coming to town on August 11th to celebrate the twins' birthday. Team McManus had a meeting and unanimously decided it was time for Tom to retire.We had savings and were totally confident that he could get a low key job somewhere to supplement retirement and social security. The "Big Quit" can be as infectious as COVID and we decided that life is too short to suffer in a work environment. Autumn and Tom got very excited about a dream they've had for several years to have their own technology consulting company.

Last week, there was a meeting scheduled with a top manager on his calendar. "What if they are going to ask you to stay?" {Note how this was quite a shift from what if they tell you to leave early without pay?} "I'm not going to do it," Tom said. We ignored the 'dreadlines' about an uncertain economy trusting that the technology sector is in dire need of talent.

I thought of the Helen Keller quote about security, "Security is mostly a superstition. It does not exist in nature, nor do the children of men as a whole experience it. Avoiding danger is no safer in the long run than outright exposure."

The meeting was rescheduled and then canceled. He received a call at 8:30am on Friday morning informing him that his access had been terminated.  We were very confused and tried to discern what he was being told. Because he had a high security clearance, they could not let him finish out his last week. The manager reassured us that as far as HR was concerned, nothing about his September 17th end date had changed.

My heart raced for a bit until we were able to process that this was standard operating procedure and had been done with another employee when he left several months ago. He would get his pay for the week but did not have to work! Wow!  It felt like the total grace for all the extra hours he worked and stress he endured. It was a bit unsettling that he no longer had access to his email but texts from his co-workers let him know what they had been told by management; that Tom was leaving on good terms and they had to do this for the sake of computer security.

I am in awe of how we mobilized since we made the decision that it was time for Tom to retire from his current position and the magic of the Universe creating miracles at every turn.

Health insurance, dental insurance and a new laptop came together with ease. Once he posted his resume, his phone rang off the hook. We prepared both a tech and a non-tech resume. We thought he would do contract work if he stayed in technology or get a job where he could use his incredible interpersonal, customer service and administrative skills.

Plot twist! He has one job offer and is close to getting another offer. He planned on taking the first offer when he had a 2nd interview for a job at another company. He wasn't going to take the interview but it was with a former co-worker from years ago and he was planning to just catch up. The Universe is full of surprises. It was as though no time had passed and the person with whom he interviewed who would be his co-worker said that he would LOVE to work with Tom again. They are expediting the interview process and Tom will have his choice of where he wants to work. Even though he is almost 70 years old, he loves technology, innovation and being part of a collaborative team. Unfortunately, he got burned out and temporarily lost his passion.

We knew it was time for Tom to leave his old job given the physical symptoms he was experiencing from the stress and the reaction to the vaccine but we thought he could just 'hang in there' for several more months while retirement continued to build and COVID subsided. We couldn't have imagined that he would secure another job with benefits for however long he wants to work and to be able to work remote even after the pandemic is under better control.

His health issues have all resolved and the severe back pain he experienced has healed. He feels more vibrant and better than he has in a few years.

We rode a lot of wild waves of emotions these past several weeks intensified by the continued rise in COVID cases. There is continued divisiveness around vaccines and mask mandates. I harness the power of my faith holding a vision of health, healing and well-being for my family, my community, my country and the global community that it's gonna be alright! 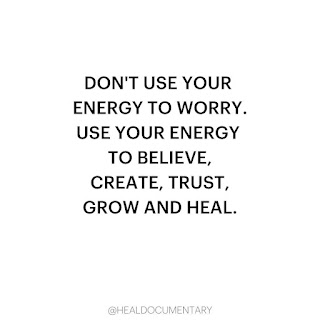 From my heart to yours
In health and wellness,
Mary

My books to uplift and inspire you are available on Amazon.

Visit my website to learn more about my journey of transformation in the wake of paralytic polio and trauma to the finish line of the 2009 Boston Marathon and beyond.

Be sure to visit my News and Events tab on my website to hear interviews that will open your heart and mind to a powerful message of healing, hope and possibilities.

An Extraordinary Time on Heartbreak Hill

Seeing the rising of the almost full moon Saturday evening while we went for our after dinner walk was a perfect way to end our day.   Thr... 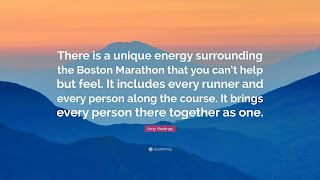