I woke up at 5am on Marathon Monday to go to the bathroom. We live less than 2 miles from the course as it runs along Beacon Street. I felt the electric energy that began last week reach its peak. I could not get back to sleep despite my best meditation efforts. I basked in the anticipation of the 125th Boston Marathon that had not happened since April 15, 2019 which also marked the 6th anniversary of the Boston Marathon bombing. I finally fell asleep after we fed our cat at 6:30 for another hour.

You would think that Team McManus was running Boston again as we anxiously ate our breakfast and prepared to combine our Monday morning miles with watching the Marathon. True to Team McManus form we bantered back and forth about the best routes and plan for the day which often happened during our training runs for the 2009 Boston Marathon. We decided to first go to Cleveland Circle to see the wheelchair runners. Our pre-COVID routine would have been to pack a cooler and head out early with our chairs to the corner of Dean Road and Beacon Street. I must say I enjoyed the change of being on foot and experiencing Marathon Monday in a novel way. 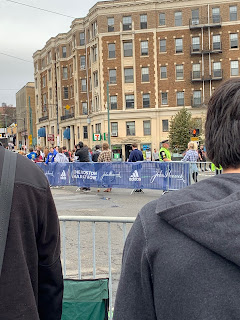 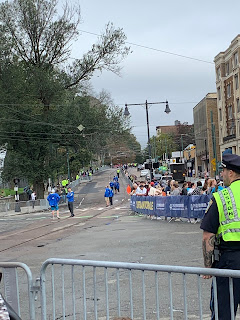 We let Spirit guide where to go next and got in our miles en route to Dean Road and Beacon Street in time to see elite runners and cheer for the wheelchairs and hand cycles. We were fortunate to see Nell Rojas:

She was the first American woman to finish and finished 6th overall.

We waited to see if we could cheer on Desi Linden who was the champion in 2018 during torrential downpours. The crowd cheered as loudly for her as if she were the leader:

As all good runners know, it is vital to pace, fuel and hydrate. We returned home to give our legs a rest after 3.35 miles of mostly hills while continuing to track our friends.

We were able to miraculously find a parking spot not far from Beacon Street. We carried our chairs for the long afternoon of cheering on our friends to the finish line.

Because there were fewer runners and spectators, and with the new app that was great for tracking beyond the usual notifications at different points along the course, we were able to find our friends among the sea of runners: 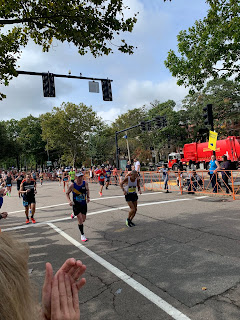 Air hugs and blowing kisses replaced the traditional hugs, high fives and cheek kissing, as Spirits were flying high. The joy, the love, the unity among spectators and runners brought healing to a people and City. I am sure the reverberations were felt around the Globe. What unbridled joy we felt to see friends in person many of whom we hadn't seen since we hosted the last water stop for our running Club in March of 2020.

There were so many inspiring stories from the day.

Bret Parker lives with Parkinson's Disease. He runs to raise money and awareness to find a cure for Parkinson's Disease.  I was thrilled he wore a t-shirt that said "Give Bret some love" so we could cheer loudly for him as he passed by. He told me on Facebook that he was sorry he couldn't stop because he was going for a sub-7 marathon which he accomplished. 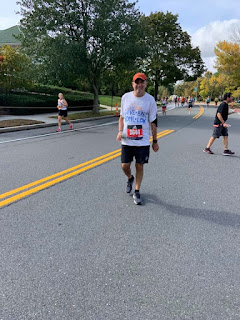 My friend Amy who is passionate about finding a cure for Parkinson's Disease shared his picture. You can read about Bret's miraculous 7 marathons in 7 days on 7 continents by following this link.

Team Babsie went on to make history as the first mother-daughter duo in the Boston Marathon. I met Beth at another race two years ago and we've become friends in social media and in real life along with our long standing friendship with Team Hoyt.

They stopped to pose for photos: 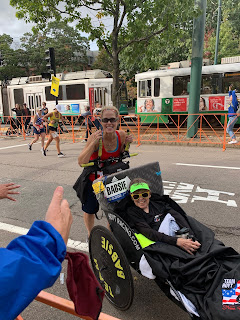 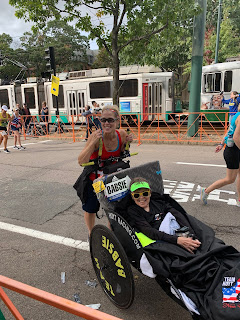 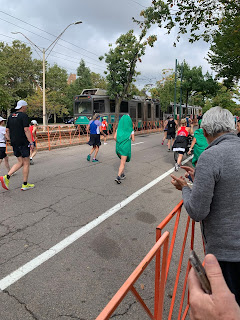 One of our friends, Michelle Marchese Corrado was slowly making her way to the finish line. She was well trained and ready to run the April 2020 Boston Marathon. She did not want to run the Virtual event even though she met her fundraising and training goals.

She signed on to run the 2021 Boston Marathon for the Cam Neely Foundation. Can you imagine going through a year and a half training and fundraising cycle? She was fierce and determined in her fundraising and running goals. Several weeks before Boston, she experienced severe calf cramping. She would not give up and harnessed the help of acupuncture to add to her massage therapy and ramped up cross training.

We were going to go out to cheer her on to the finish when the app said she could not be located.

We prayed. I knew that she was not going to stop unless there was a health risk. The day was getting cooler and I knew she was wearing only a singlet.

We continued to pray and we prayed for her health and safety, for being able to finish and just as important that there would be someone there to give her the medal! Between the two charities from whom she received bibs, she raised over $20,000 for charities that support cancer patients and their families.

At around 7:00pm I went to her Facebook page to see if there was any update.

There it was! The picture of her with her finisher's medal.

Ruth Anne and I cried and hugged each other.

Yesterday's Boston Marathon was so much bigger than Marathon Monday. It was a day that a community of runners, spectators and a City came alive. The longest training cycle ever came to an end. And while there were many aspects of Marathon Monday that were different from any other year, there was a Red Sox game at Fenway. While usually the fans leave the ballpark and cheer on the runners, this year, fans cheered on the runners as they found their way to Fenway Park.

The stars aligned and the Red Sox are off to play in the American League Championship Series!

It was the perfect ending to a magnificent day! Oh Boston Marathon how I've missed thee but fortunately we only have to wait 6 months for the 2022 Boston Marathon to happen again in April.

From my heart to yours
In health and wellness,
Mary

My books to uplift and inspire you are available on Amazon.

Visit my website to learn more about my journey of transformation in the wake of paralytic polio and trauma to the finish line of the 2009 Boston Marathon and beyond.

Be sure to visit my News and Events tab on my website to hear interviews that will open your heart and mind to a powerful message of healing, hope and possibilities.

One Year Later: Hope is a Garden

Facebook shared this memory from October 15, 2020:  I am working on my latest book, "Hope: A Collection of Essays ... 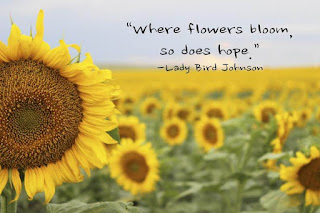