The Release of Read Out for a Cure 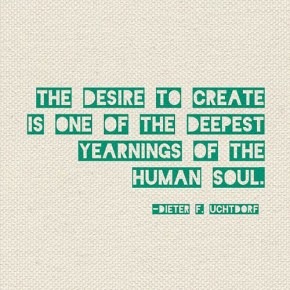 Before the beginning of the 2020 pandemic, I had completed my Trilogy of Transformation and released "Feel the Heal: An Anthology of Poems to Heal Your Life." I felt my work as an author was complete and focused my goals on expanding my gigs as a motivational speaker sharing my journey to inspire others. When I was out on a run with my daughter in March of 2020, I felt the spigot in my soul open once more. Poems and essays documenting this unparalleled time in our history became "Hope is a Garden: Poems and Essays From the 2020 Pandemic."

Since there were no in person events, I took to the airways to share my story and to talk about "Hope" on podcasts and radio shows.

Hosts Liz Brunner (Live Your Best Life) and Greg Chastain (The Cardinal Cafe) read my poems during my interviews. Dan Thibeault, podcast producer extraordinaire set them to music in the post-production phase.

He was inspired to send me an email, "“I think your poetry book would be great as an audio book version with each one read by a different person and music under them. Have you ever considered that?”

I meditated on the idea. I wasn't sure what Dan had in mind. I didn't know Dan well. With Tom being semi-retired and doing contract work, I didn't want to invest in a venture. Dan suggested we set up a Zoom meeting.

Greg Chastain. President and Founder of Voices of Hope Boston said during our conversation at the Cardinal Café podcast that my poems “hit every note that Voices of Hope puts out there."

Voices of Hope is a small non-profit north of Boston that raises funds for cancer research through live theater and musical events.

Since Voices of Hope Boston did not have their performances to generate funds during COVID,  I was inspired to make this project a novel fund raiser for Voices of Hope if that were something Dan would be interested in. Dan made it clear to me from the outset that his intention was not to turn this project into a project that would generate income for him. He was absolutely thrilled to have me present the idea to Voices of Hope Boston's Board of Directors.

They were enamored with the idea.

Dan, Greg and I set out to get readers for the poems I selected from "Hope." I initially chose 50 poems but culled it to Forty Poems and came up with the title: "Read Out for a Cure-Hope is a Garden: Forty Poems From the Pandemic to Uplift and Inspire." 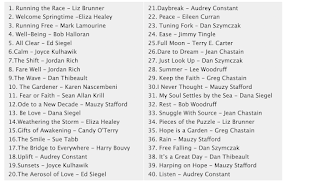 Read Out for a Cure features readings by beloved local and national celebrities as well as members from the Voices of Hope Boston's own community.

Greg reached out to Sean Allan Krill, Tony nominated actor for Jagged Little Pill. He said that he would be delighted to participate as would his husband, critically acclaimed actor Harry Bouvy. They were one of the first readers to get us their Mp3 last September.

In November, Tom, Ruth Anne and I went with Voices of Hope to New York to support Sean and the reopening of Broadway. Greg presented Sean with a Voices of Hope jacket and Sean presented Greg with an autographed poster of Jagged Little Pill to use for the Virtual Gala of Hope's Silent Auction. 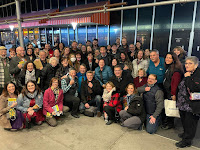 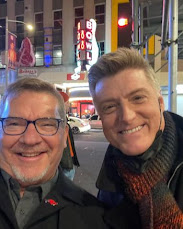 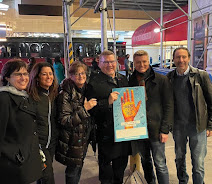 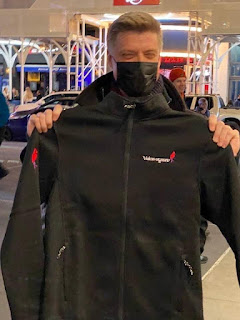 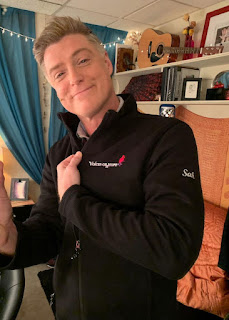 As everyone submitted their recordings, Dan worked feverishly behind the scenes to set the tracks to music.  Dan and I worked as a team to track the tracks, reach out for substitute readers when readers had to graciously drop out of the production and, on February 22, we released the production.

Here is the link for a preview of Sean reading "Fear or Faith."

All proceeds from Read Out for a Cure will be donated by Voices of Hope Boston to the Henri and Belinda Termeer Center for Targeted Therapies.

In many ways, the Termeer Center represents a paradigm shift from traditional clinical cancer research. For example, in traditional clinical trials, experimental therapies are tested first in patients who have not responded to standard treatments. However, with genotype-based targeted therapies, clinical trials can begin at a much earlier stage of the disease process, when the chances of observing benefits for the patient are far greater. Additionally, since various forms of cancer have been found to share common tumor mutations, researchers are learning to apply targeted drugs across multiple tumor types. With this personalized, genotype-based approach, the Termeer Center can rapidly assign patients to the treatment that fits their cancer’s unique genetic profile.

Casandra McIntyre, Nurse Director at the Termeer Center for Therapies, spoke at the Virtual Gala of Hope. She shared one example of how the Termeer Center was able to use monies raised by Voices of Hope to help with transportation for patients who had difficulty getting access to clinical trials. Traditionally, there has been inequity for minorities to participate in clinical trials and a major barrier to accessing care is transportation. I experienced this when I worked as a social worker at the Department of Veterans Affairs. I know what a difference having easy access to transportation can make for patients.
To receive your link to download Read Out for a Cure, send $10 via Paypal to maryamcmanus.com or Venmo @Mary-McManus-21.
Be uplifted and inspired by my messages of healing, hope, light, faith, and love set against the backdrop of the seasons and nature. 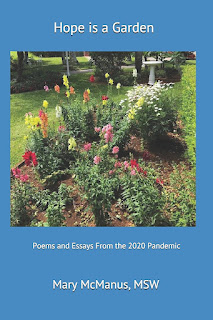 My words set to music interpreted by this community of voices will soothe, uplift and inspire you while bringing us closer to a cure for cancer.
From my heart to yours,

In health and wellness,

I was getting ready to log off of Facebook last night when I saw that I was tagged in a post: Thank you, Mary McManus , for sharing your a... 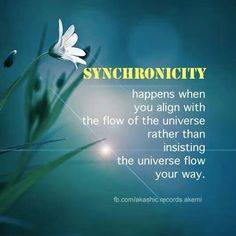