On Taking Leaps of Faith-It's a No Brainer!

Fifteen years ago I was poised and ready to take a leap of faith into an unknown world. I'd worked since I was 15 years old. For 25 years I worked as a social worker except for 18 months after my twins were born. For almost 20 of those years, I got up at 5:30 in the morning, got my twins ready for the day, myself ready for work and worked from 8-4:30 at the Boston VA Outpatient Clinic.

Sadly I did not take my own advice that I often gave to other caregivers about how vital it is to take care of one's self. My burnout manifested as Post-Polio Syndrome. I was told that the only hope I had of stabilizing the symptoms where they were was to quit my award winning career and follow all of the recommendations of my treatment team. They recommended I adapt our Cape home or move to a ranch, energy conservation techniques, a leg brace and a cane and using a wheelchair for mobility over any long distances and being prepared to spend the rest of my life in a wheelchair given the progressive nature of the disease. I was given a wrist splint for carpel tunnel syndrome. I declined the need for a sleep apnea machine. As much as I disliked a semi soft food diet with a chin tuck and dry swallow in between bites, I loathed not being able to have a conversation while eating. The left side of my esophagus was sluggish which put me at risk for aspiration pneumonia. I had experienced chronic bronchitis for years.

"It's a no brainer," Tom said to me after hearing the prognosis and recommendation of the treatment team for me to leave work. I was so grateful for his unconditional love and support and how my twins rallied to support me as I began to navigate a very strange new world. I was the one dependent on others for care and support. For the first time in my life, I was dependent on Tom for financial support. 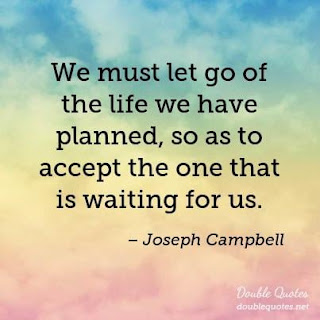 While I visualized a future very different from my past and very different from the ones the doctors predicted for me, the future that came to be was even more incredible than the one I imagined. Little by little, the symptoms of Post Polio Syndrome resolved. I hired a personal trainer to build on the outpatient rehab program I was given at discharge from Spaulding. I went on to transform my life through the sport of running crossing the finish line of the 2009 Boston Marathon and going on to experience many adventures as runnergirl 1953. I inspire others with my journey and am so blessed and grateful to enjoy my life at the age of 68 years young.

Last summer, Tom experienced rather alarming physical symptoms. His doctor noted that they were consistent with a reaction to his 2nd vaccine that was probably exacerbated by stress. Tom's once fulfilling job at Boston College in IT became untenable with its demands and managers spiraling out of control with their demands. As Tom said to me 14 years earlier, "This is a no brainer." Ruth Anne and I insisted that he 'retire' from his role at BC and get a 'retirement' job to supplement our income. He hemmed and hawed feeling concerned about not having a full time job with benefits when I went into high gear harnessing my social work prowess to get health care in place. But he wasn't yet ready to take that leap of faith until the Universe intervened. Fortunately there was no major medical event to give him the nudge to leave. His manager put him on a Performance Improvement Plan. At the time it was a devastating blow given his incredible level of technical expertise and dedication to his job but now we are able to laugh at how ridiculous it was. So many fears came to the surface. Who would hire him at almost 70 years old even for part time work? Who would serve as a reference? What if we had emergency home repairs ... and so many many more what if's that now seem silly.

There's a reason it's called a leap of faith.

All of Tom's physical symptoms resolved during this past year. His first contract job turned out to be not as advertised requiring him to be on-site with over an hour commute. We resumed job finding and what happened next was truly magical. I saw a job that I thought fit his qualifications on Indeed. He told me to go ahead and send in his resume. The next day, he received a call from the recruiter at the contracting company. The following week he was interviewed and because of state bureaucracy, it took several weeks before we received the word that he was hired on a 6 month contract! They now want to bring him on as a full time employee because he has brought so much talent to the table. Did he say yes?  It was a no brainer!

From my heart to yours,
In health and wellness,
Mary 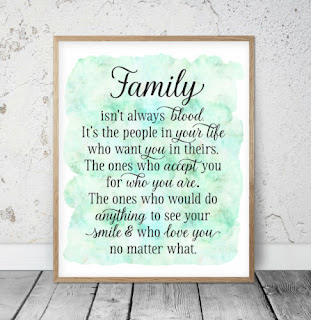